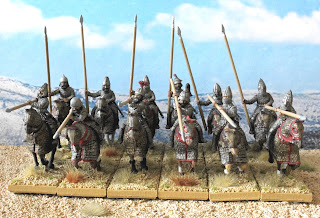 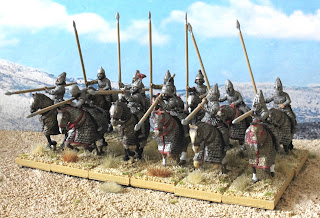 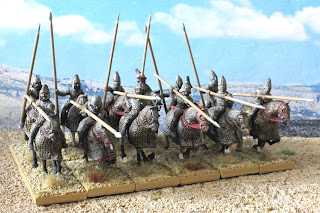 Above are some Parthian cataphracts that I've just finished painting. These are Gripping Beast plastics, the same set as their Late Roman cataphracts but with different heads.

Earlier in the week we did a short overnight walk in the Snowy Mountains National Park. Below are a few photos of our walk from Dead Horse Gap to Teddy's Hut and back. There was a bit of excitement when we had a close encounter with a red belly black snake near the aptly named Boggy Plain. The weather was nice but we did have rain and a thunderstorm rolled in on the afternoon and evening of the first day. 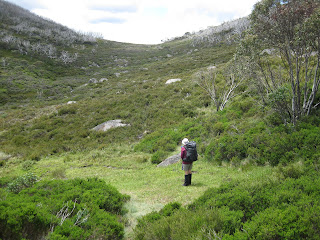 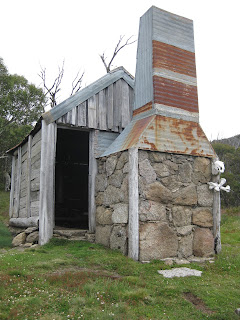 Anglo-Zulu War The Men Who Would Be Kings Game

Last Wednesday night I went over to Rick's place and we played an Anglo-Zulu War game of The Men Who Would Be Kings. Rick and Gary commanded the British and I was the Zulu commander. The scenario was To the Last Bullet (p.48), which is based on the retreat of forty 80th Foot, under the command of Serjeant Booth, from a Zulu ambush at Intombe River. This proved to a very one sided game and a tough scenario for the Zulu attackers. I had four units of umarried Tribal Infantry who were fierce and two units of married Tribal Infantry who were veterans. The British had three units of Regular Infantry and only two of these did any actual fighting!

The British volley fire proved brutally efficient and only one Zulu unit made it into combat, they were beaten off with ease and then blown away in the next turn. Failed attempts to rally saw most of the pinned Zulu units rout. More terrain and better dice may have helped the Zulus but their best chance seemed to be to try and get behind the front firing arc of the close order British infantry. Still it was fun to get out and use Rick's Zulus and British.

Email ThisBlogThis!Share to TwitterShare to FacebookShare to Pinterest
Labels: Anglo-Zulu War, British, The Men Who Would Be Kings, Zulus

Last Thursday afternoon Craig, Rick, Gary and I played an ACW Rebels and Patriots game out in the shed. The scenario was the Battle of Wilson's Creek which was fought in Missouri on 9th August 1861 and is also known as Bloody Hill. Craig and Gary were the Union commanders, while Rick and I were the Confederate commanders. This proved to a close and hard fought game with plenty of ebb and flow in fortune each turn. The Confederates outnumbered the Union forces, their infantry were all rated green but were in large units which made them more resilient.

In the scenario we used Pearce's Brigade arrived as Confederate reinforcements on turn six which proved to be very handy. In the end the Confederate artillery found their mark and combined with infantry fire were able to drive the Union infantry back from Bloody Hill. Both sides suffered heavy casualties but the Union forces were in retreat. Skirmisher and artillery fire did seem overly effective in the game. 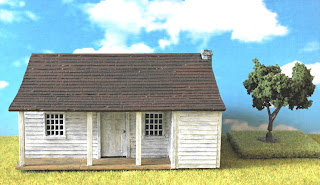 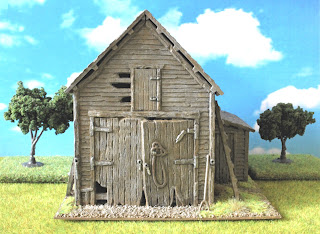 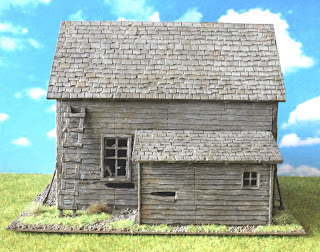 Here are two American Civil War buildings that I've just finished painting. We have an ACW game lined up tomorrow, so hopefully we will find a use for them. The buildings are a North American Farmhouse and Ramshackle Barn by Renendra. 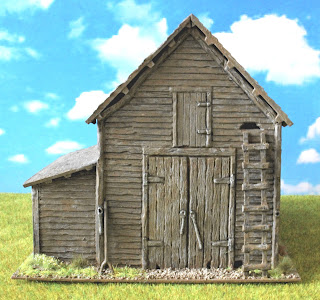 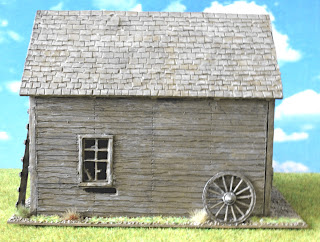 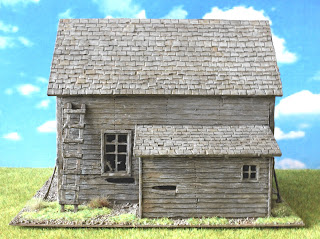 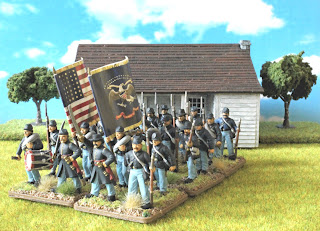 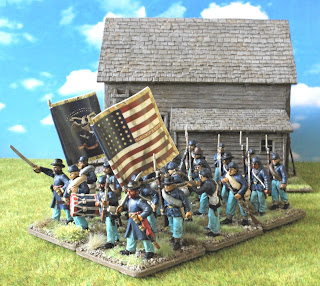