Alexander the Great and Macedonian Commanders 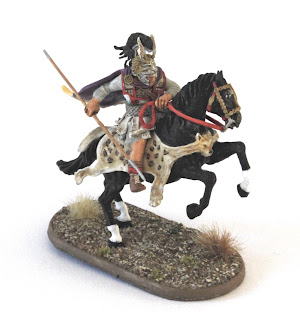 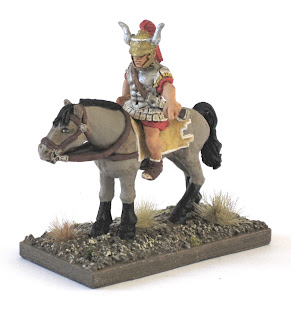 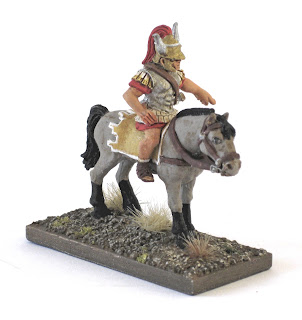 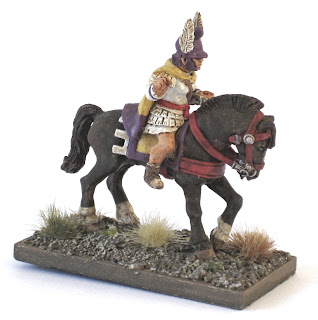 Here's Alexander the Great with some Macedonian commanders. The Alexander figure is by Caballero Miniatures and the commanders are all by Wargames Foundry. 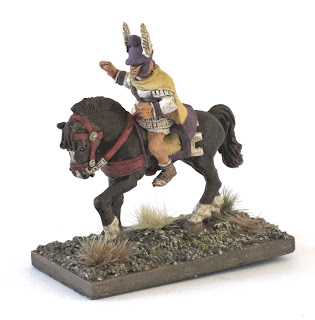 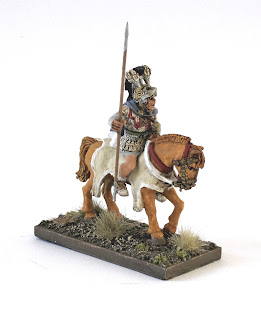 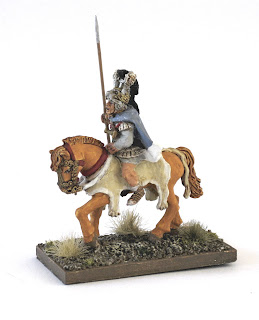 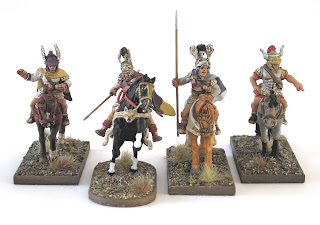 On Wednesday afternoon I went over to Rick's place and we played our first 2mm Strength and Honour game with a Roman civil war in the Year of the Four Emperors. We used the Roman units we had painted so far. Rick's force consisted of three experienced legions, two veteran legions and two raw legions. My force consisted of two experienced legions, three raw legions, two veteran auxiliaries and one Roman auxiliaries. Both sides had 61 points and an army break of 15.
We advanced cautiously and tried to maintain our lines with limited success. Before long the push backs and setback cards for my raw legions on the right flank were mounting. My veteran auxiliaries on the left pushed back and then routed one of Rick's raw legions but then two of my experienced legions were pushed back off the table. I cancelled one Homonculus Est activation with a Strategy command point but in the end Rick won a decisive victory, fairly easily. It was a quick, fun game and good to use the 2mm bases. My whole army fitted in to a 20mm high, 24cm by 16cm small Warbases box!

Email ThisBlogThis!Share to TwitterShare to FacebookShare to Pinterest
Labels: 2mm, Strength and Honour, Year of the Four Emperors 69 AD

Here are eight 2mm Roman bases for Strength and Honour that I've just finished. They're a mix of Antonine Miniatures and Korhyl Miniatures. Rick and I have a Year of the Four Emperors, Roman civil war game lined up for tomorrow afternoon, so it should be interesting to see how that goes. I've made a simple spread sheet for Strength and Honour games and a copy of this with our army lists on it can be downloaded from google drive, if anyone is interested:

On Sunday out in the shed I played a solo Command & Colors Ancients (CCA) game. The scenario was from the Social War in 90 BC, where a Roman force under Perperna was ambushed on the Via Valeria pass, by an Italian force under Publius Praesentas. There were quite a few special rules and a reduced card deck for this scenario, check out the CCA site if interested:

It's probably best played solo, as the Romans don't have much of chance. The Italians got off to a flying start playing a Double Time card (one of two in their hand!). The Romans counter attacked moving away from their column on the road which hampered their ability to fight back. The Romans suffered heavy casualties at the front of the column, their efforts merely delayed the inevitable result, with the Italians wining easily 6-2 victory points. 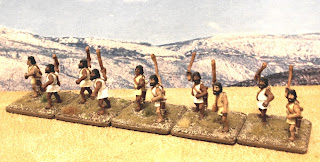 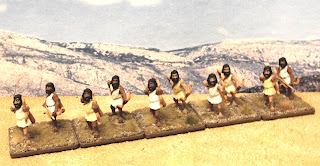 Here are some Numidian slingers, archers and cavalry that I've just finished painting. The slingers and archers are Renegade Miniatures and the cavalry are Warlord Games. I only have infantry left to do for my Numidians, so will finish some units of these and hopefully get a game in soon. 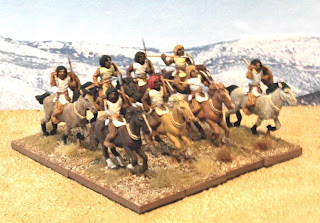 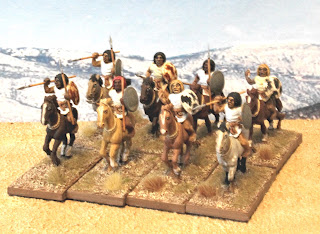 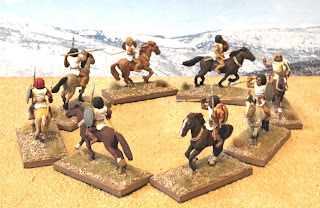