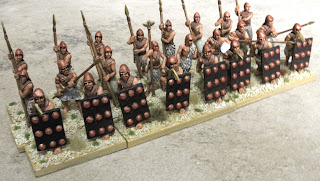 Here are more 28mm Sumerian spearmen from Lagash, and a 15mm Syrian chariot, Hittite guardsmen and a New Kingdom Egyptian chariot that I've just finished painting. The spearmen are Warlord/Cutting Edge and Eureka Miniatures, the fifth unit I have painted, one more is planned for the army. The 15mm chariots and guardsmen are Gladiator, Peter Pig and Essex. 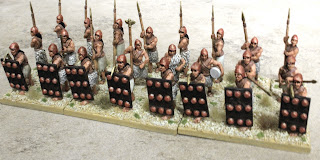 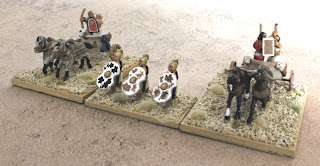 Last month before lockdown, we did a short mountain bike ride around the Glenburn Heritage Trail. This is a 12km loop for walkers and cyclists which has a suprising number of sites to see and is actually really interesting to visit. Some of the trees in the orchard at Colliers Homestead Ruins are still fruiting, including three prolific quince trees. From the Colliers Homestead Ruins the track climbs up gently to Atkinson Trig which gives a nice downhill run back to the cars. 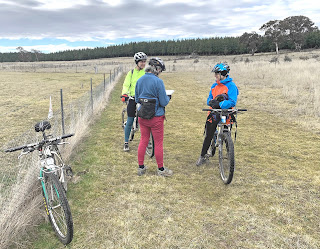 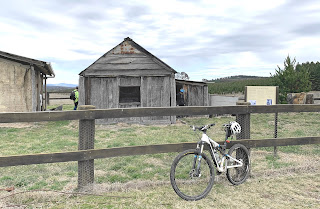 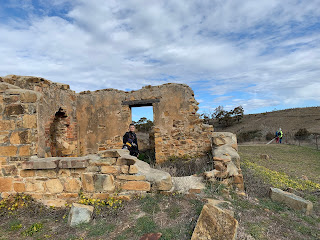 Here are some Sumerian spearmen of Lagash, that date to c.2500 BC, a mix of figures from Eureka, Castaway Arts and Warlord/Cutting Edge. The appearance of these is based on the Vulture Stele, see the article, photos and line drawings of this on the Sumerian Shakespeare website. The spearmen of Ur with their distinctive capes with copper discs are based on the Standard of Ur and date to c.2600 BC. According to the Stillman & Tallis WRG book, Armies and Enemies of the Ancient Near East 3,000 BC to 539 BC 'the large, flat rectangular Sumerian shield, first illustrated on the 'Vulture Stela', probably hastened the abandonment of the protective cape. Made of dyed oxhide and having nine (not six as often stated) round, copper bosses on its face, each shield is shown as being carried by a special shieldbearer standing to the left of each spearman on the stela' (p.122 ).

I have my Lagash units based with shield bearers in the front rank with rear ranks of spearmen, their spears projecting over the shield bearers. Interpretations of their appearance and how they fought are tricky, a lot of figure manufacturers have spearmen with capes, spear and shield and others with spear and shield. Some have six bosses rather than nine on the shields (Museum Miniatures and CP Models). There are a lot of nice Sumerian ranges available now with 15mm (Chariot Miniatures, Essex Miniatures, Eureka Miniatures and Museum Miniatures) and 28mm ( Wargames Foundry, Warlord/Cutting Edge, CP Models, Eureka Miniatures and Newline Designs). Interestingly the Museum Miniatures 15mm range, and the CP Models 28mm range are the same figures, by the Z sculptor but different scales. 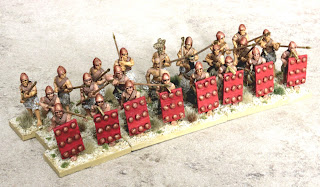 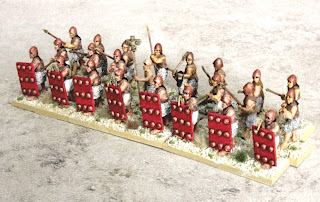 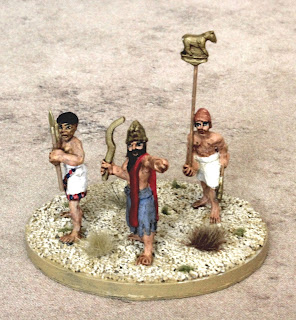 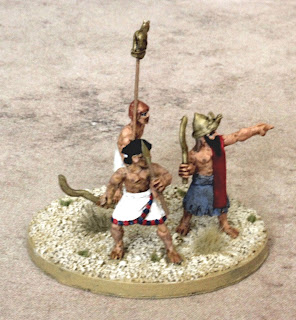 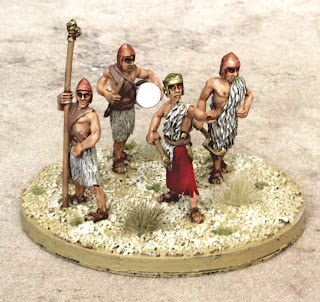 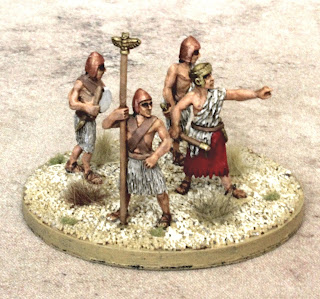 Here are two Sumerian infantry command stands that I've just finished painting and a Sumerian king in a battle car and two straddle cars that I painted a while ago. I will use these as commanders for my Sumerian armies of Ur and Lagash and have two more infantry stands and another king in a battle car to paint. The figures are by Eureka, Warlord/Cutting Edge and Newline Designs. A great website to check out if you're interested in the Sumerians is Sumerian Shakespeare. 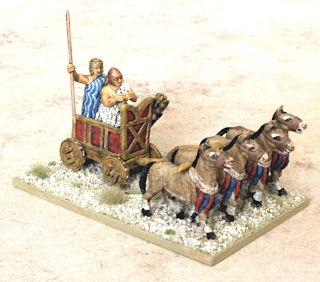 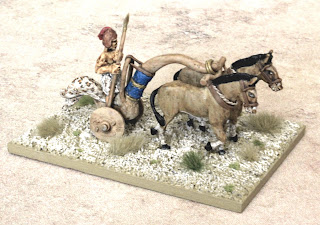 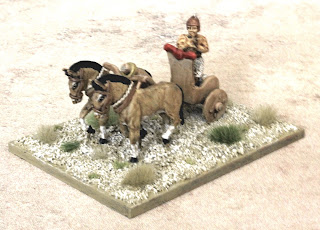 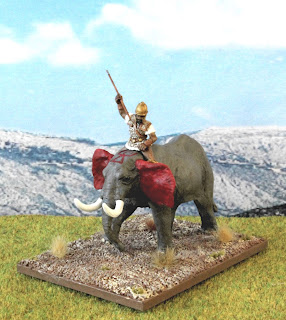 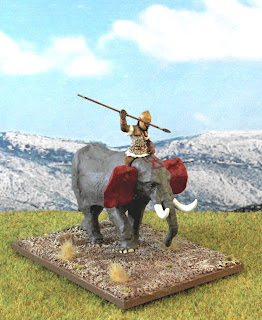 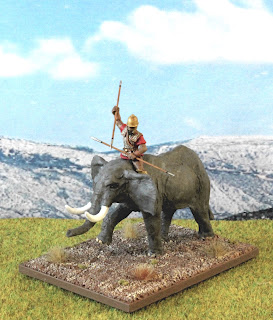 Here are two Carthaginian elephants with mahout, that I've just finished painting. They're Agema Miniatures, with metal mahout, tusks and trunk and a resin elephant body. I have two massive 1st Corps Carthaginian elephants also with mahout alone but these figures are much better size. According to Mir Bahmanyar, author of the Osprey book Zama 202 BC, 'in general, the Carthaginian elephants deployed at Zama did not carry infantry in howdahs on their back' (p.42). Polybius and Livy do not give any details of the elephants' appearance in their accounts of the battle, so I'm not sure what this is based on. 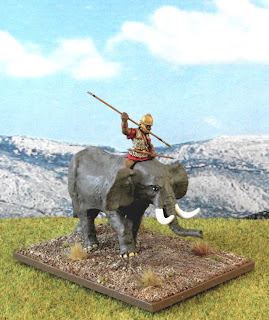 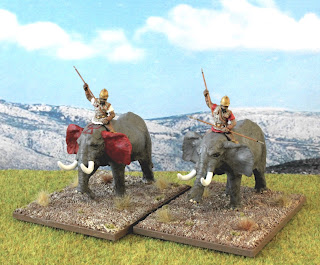 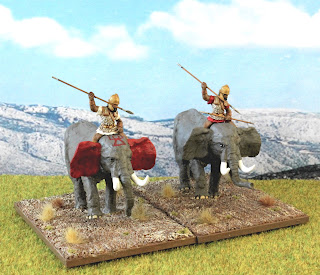 Last Saturday we went on a cross country ski, day trip to Mt Selwyn. I'm not much of skier but this is a really nice area and about 20 years ago we did a winter ski park crossing from here to Guthega. The Mt Selwyn ski resort and much of the surrounding area burnt out in the 2019/20 summer bushfires. It was good to see a lot of new undergrowth on the smaller trees and at the resort they've built accomodation cabins. 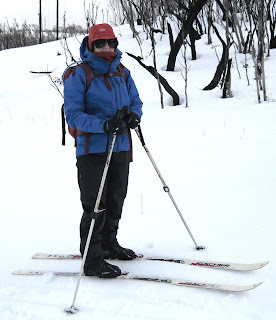 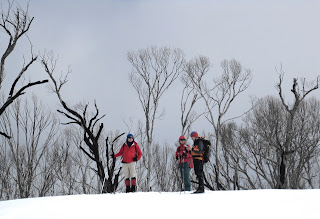 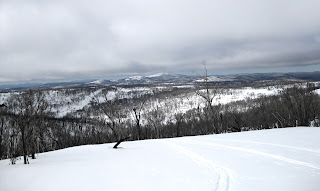 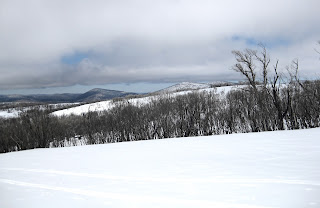 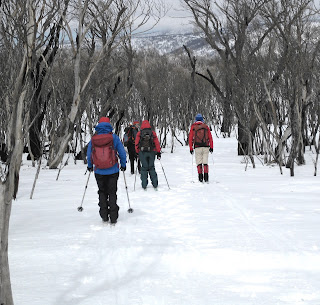 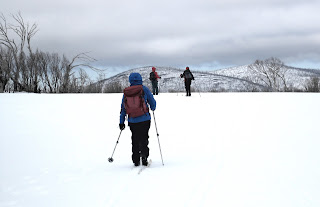 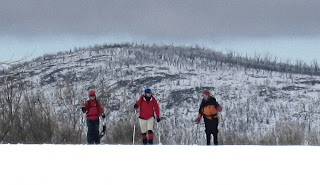