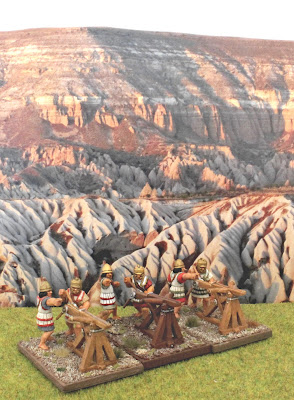 Here are some bolt-shooting torsion catapults and crew that I've just finished painting. The three above all Vendel/Sgt Major figures and are early examples of oxybeles as illustrated in Duncan Head's WRG book Armies of the Macedonian and Punic Wars 359 BC to 146 BC (p.187). The one below is a later Hellenistic scorpion (p.188) with three crew and is by Relic Miniatures but doesn't seem to be on their website anymore, which is a pity. I will use all four for a Command and Colors Ancients (CCA) scenario of the Battle of Jaxartes River 329 BC, where Alexander used the catapults to provide covering fire for his troops, as they crossed the river and taught the Saka a lesson. 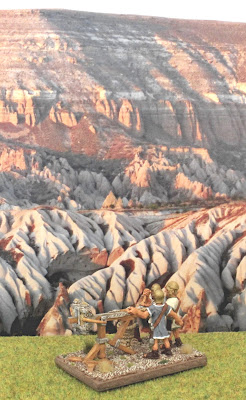 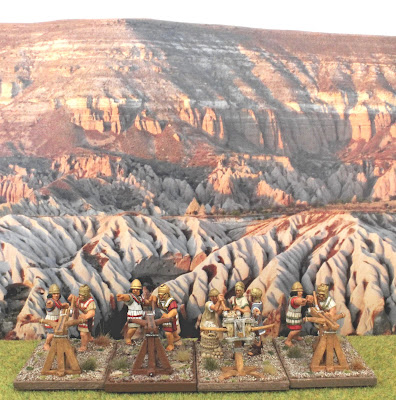 Last Sunday afternoon out in the shed I played a solo Chariots Rampant game with the Scythians taking on the Neo-Assyrians somewhere in the highlands of Uratu (Armenia). Chariots Rampant is a Bronze Age variant of Lion Rampant and can be found in Wargames, Soldiers and Strategy magazine Issue 82. The scenario was the standard Bloodbath encounter, the two sides were 32 points and, except for a single skirmisher unit of Chaldean slingers, every unit was bow armed. The Scythians suffered early casualties and a horse archer unit was forced to retreat battered in the face of some withering fire from the Assyrians. A unit of Scythian noble cavalry recklessly charged a Sab Sharri unit, and while they won the combat they were forced to retreat battered. Eventually sheer weight of numbers told and the Scythians' bow fire wore the Assyrians down and their left flank routed.
at July 27, 2020 14 comments: 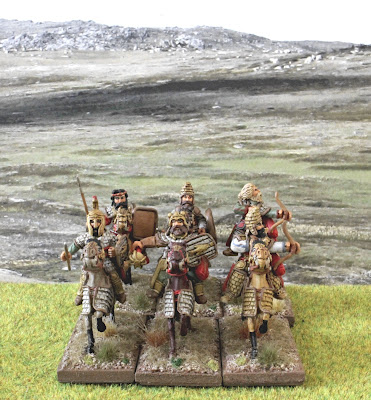 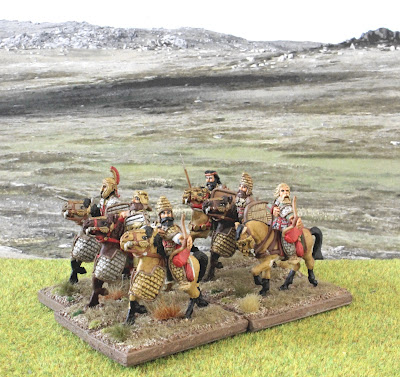 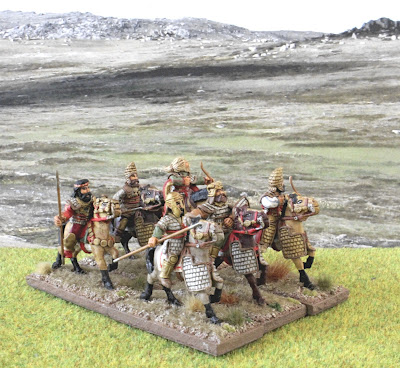 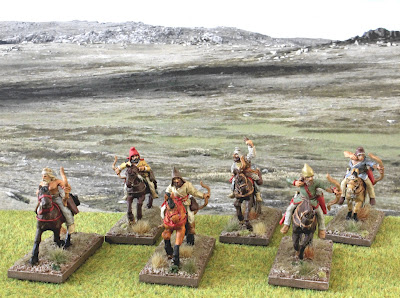 Here are some more Scythian noble cavalry and horse archers that I've just finished painting. The nobles are all Tin Soldier figures and the horse archers are a mix of Wargames Foundry and Old Glory. I have enough painted Scythians or Kimmerians for some games I have planned but still need to paint up some more figures for their opponents. I have enough figures for both sides to try a small Chariots Rampant game, so may do that for fun (I haven't played it for a while) and just to give them a run. 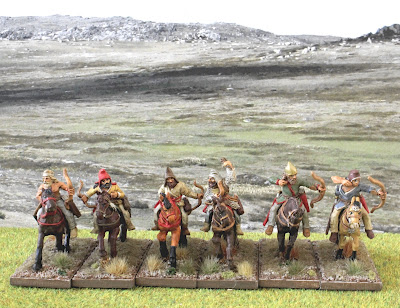 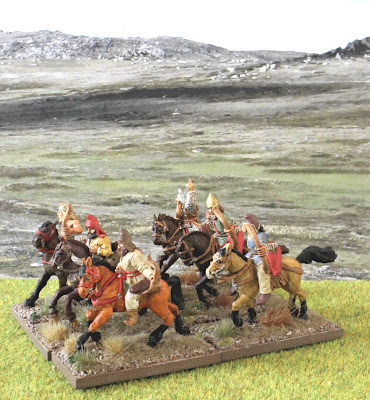 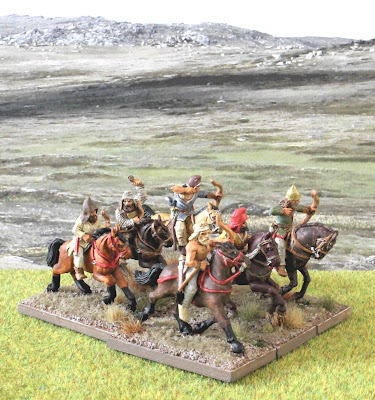 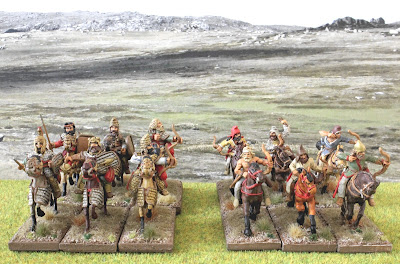 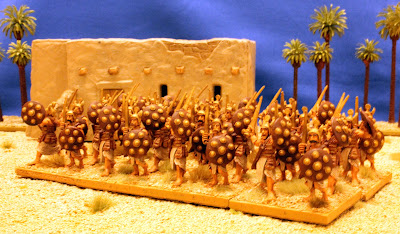 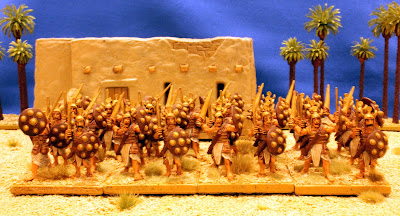 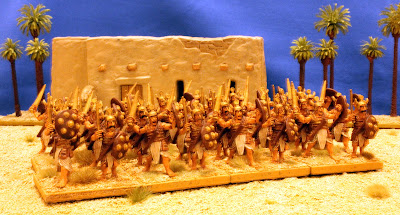 Here's another post from the archives, two units of Sherden warriors. These are all Wargames Foundry figures in the unit above with a few Newline Design figures in the second unit below. This unit, with the officer and New Kingdom Egyptian standard, are supposed to be Ramses' II Sherden bodyguard.

The Sherden or Shardana are first recorded in the 14th century BC when they were known in Byblos. Early in the reign of Ramses II some were caught while raiding in the Delta and were placed in the Egyptian army. The characteristic helmet is of a type known in the Near East and Aegean. The long sword is possibly a type of levantine dagger rather than an Aegean type. One possible place of origin is the Syrian coast north of Ugarit. After their attack on Egypt some of them settled in Cyprus and eventually arrived in Sardinia, giving their name to the island.

An excellent book to get, if you're interested in the Sea Peoples, is N K Sandars' The Sea Peoples: Warriors of the Ancient Mediterranean, it is out of print but you can probably track down a copy through Abebooks. Andrea Salimbeti's excellent website The Greek Age of Bronze: Weapons and Warfare in the late Helladic time 1600-1100 BC also has a very useful section on the Sea Peoples:
http://www.salimbeti.com/micenei/sea.htm 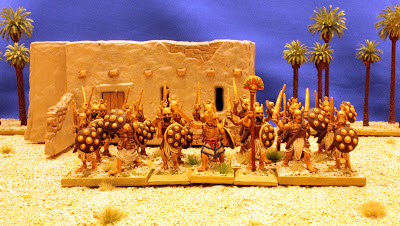 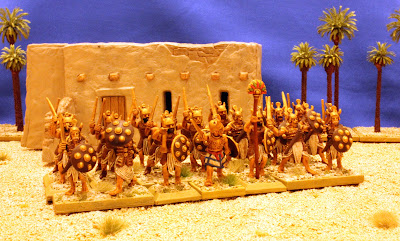