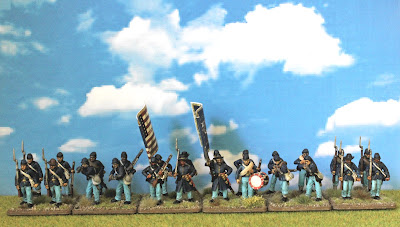 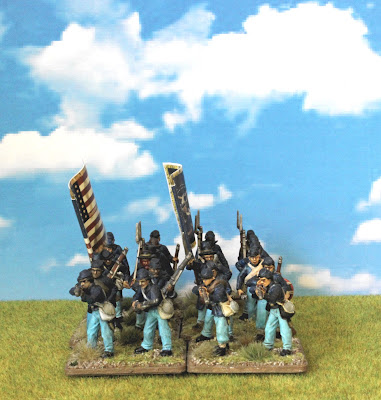 Here is a Union infantry regiment, all Perry plastics from their first ACW infantry set. I painted most of these ages ago but have just added another four figure stand. The release of Rebels and Patriots skirmish rules by Michael Leck and Dan Mersey has got me inspired to paint more of the Perry plastics. The rules have twelve figure units for line infantry so these fellows will be two infantry companies. I've started on another Union regiment and these are well underway so that will give 24 points with four veteran line units. I have the same number of Confederate infantry undercoated and based for painting after that.

Today in the mail I got my copy of the Impetus 2 rules that I'd pre-ordered and a new Osprey, Roman Heavy Cavalry (1) Cataphractarii & Clibanarii, 1st Century BC- 5th Century AD, Both look really good, after a quick flick through the pages. Most of the photos in Impetus 2 are from Vinnie's blog, so if you follow his blog you know what to expect - he always has great looking games! 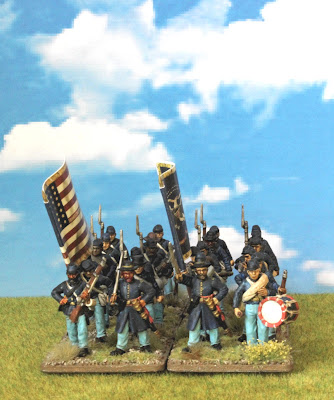 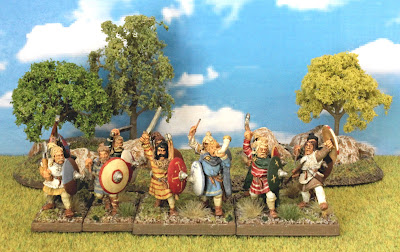 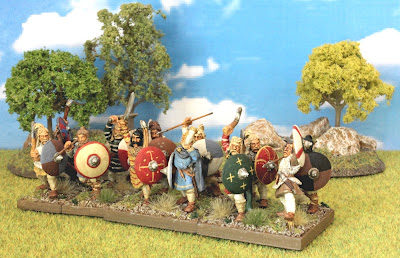 Here are some Franks that I've just finished painting for Basic Impetus which will bring my force up to strength. Apart from a spare Old Glory figure they're all Wargames Foundry figures sculpted by the Perrys. There has been a heatwave here in Australia this week and this is the third consecutive day of 40+ degrees celsius in Canberra. Some places have had temperatures of 47 or even 49 so it is not too bad really, but I do struggle painting when it's hot. We don't have air conditioning so I have purchased a little desk fan which seems to help and there's supposed to be cooler weather over the weekend. The beach, river or lake is the place to be in an Australian summer! 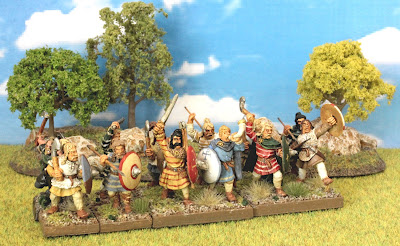 Last Wednesday night Rick and I met down at the Vikings Club for the first club game of the New Year. We played a 6mm Command and Colors Napoleonics game with the scenario of Shevardino Redoubt fought on 5 September 1812, part of the Battle of Borodino. Rick commanded the French and I had the Russians. We took a fair while to set up so we reduced the number of victory banners from the usual ten to eight. It was a cracking game with considerable ebb and flow in fortunes from turn to turn but the Shevardino Redoubt proved to be a tough nut to crack. In the end the Russians just managed to pip the French at the post with 8-7 victory banners. 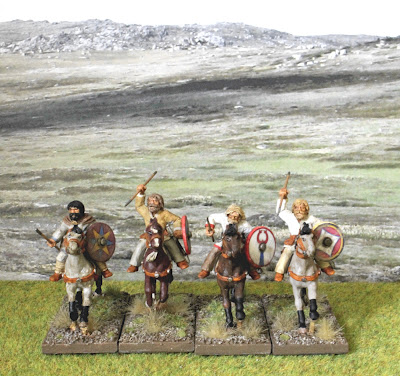 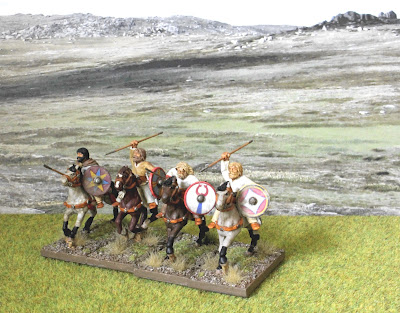 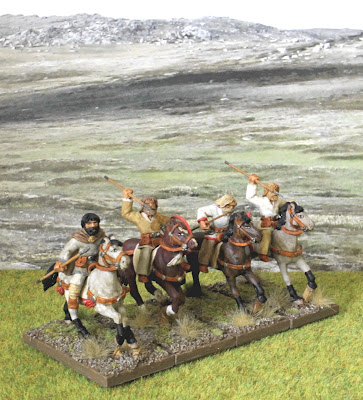 Here are some unarmoured Goth cavalry that I've just finished painting. Below are some armoured noble cavalry that I painted a while ago. All figures are by Footsore Miniatures with LBM shield transfers. Apart from Visigoths or Ostrogoths I also have quite a few painted Franks/Early Saxon infantry and will use these cavalry as part of the army, they're all Germanic tribes. I do have separate infantry for the Goths but haven't finished any yet apart from some skirmisher units of archers. 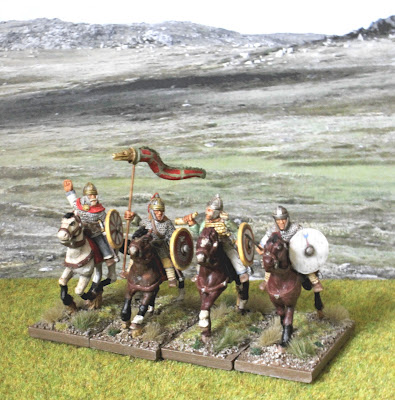 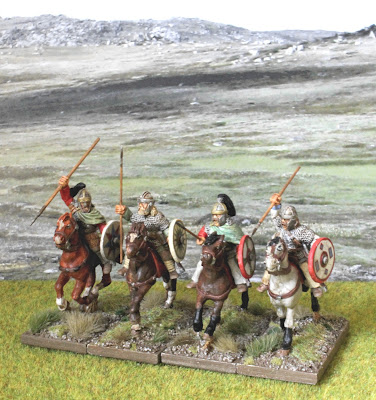 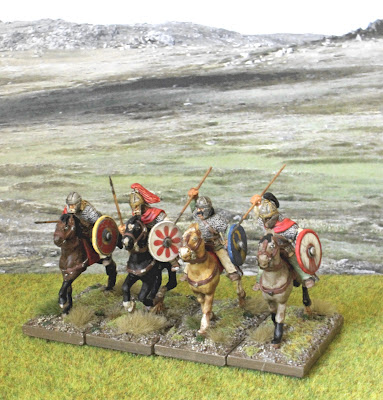 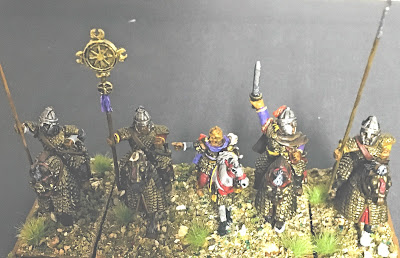 Here's a guest post by Garry of Mithridates VI of Pontus. The Mithridates figure is by Relic Miniatures and he is accompanied by a Sarmatian Bodyguard of A&A Miniatures. Apparently there is a reference to his 'golden hair' and the Aventine standard traces his descent from the royal Achaemenid line. 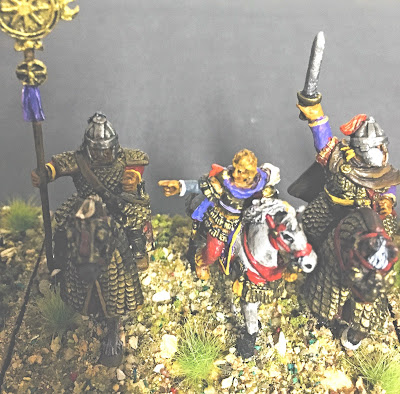 My first game of the New Year was a solo L'Art de la Guerre (ADLG) game with Macedonians versus Indians. I'd been meaning to have a game with the Indians since November last year but have been thwarted by various circumstances. It was a standard 200 point game with the Macedonians attacking and, while I was pretty rusty with the rules, it proved to be fun and quite close until the final turn. In the end the Indians prevailed due to some luck and the Macedonians became demoralised first. 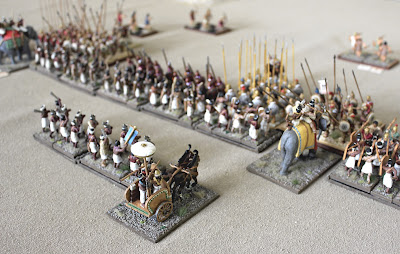