On the 2020 Australia Day weekend more bush fires on the south coast, forced a change of plan and I visited Cancon, for the first time in several years. It was busier and noiser than ever, and while crowds and competitions aren't my cup of tea, the tawdry allure of adding yet more figures to the collection proved tempting enough. I found this old Canberra Times article with a photo of some old gaming mates recently. A lot of things have changed in the hobby since then, but not all are necessarily, for the best.

I also found while sorting through my boxes of 15mm figures these old Minifig Late Republican Roman legionaries (photos below). I think I painted these around the same time using a small pen and ink to get the black line look and I certainly wouldn't attempt to hand paint shields like this now with all the transfers available. I'm not sure why they aren't armed with pila as they're based on the first illustration in Phil Barker's WRG book Armies and Enemies of Imperial Rome. I still have an edition of this dating to February 1972, as well as the 4th Edition of January 1981, with the much nicer Ian Heath illustrations. These figures are still available on the Miniature Figurines/Matchlock Miniatures site and I think they have stood the test of time surprisingly well or maybe it's just nostalgia. 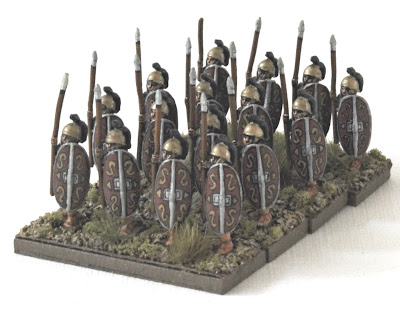 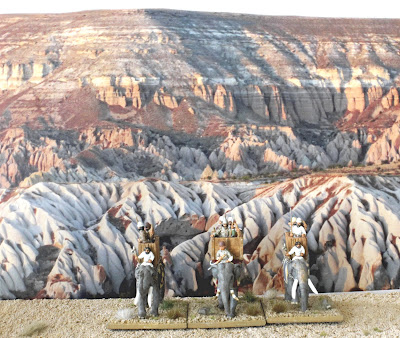 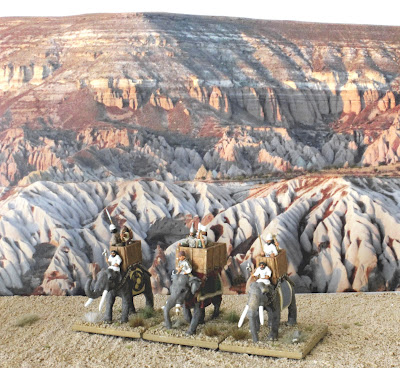 Here are three Sassanid elephants and crew that I've just finished painting. Two of these are Lurkio Miniatures and the one in the middle is AB Figures. I'm on a bit of a 15mm kick at the moment and and have more of the AB Figures Sassanids based and undercoated, ready to paint. One of the ellie blankets actually has a 28mm LBM Sassanid shield transfer with a boss hole in the middle. I was too lazy to touch it up and thought I might ruin it in the attempt! I also have quite a large 28mm Sassanid army which I have started painting. The back drop photo was taken in Turkey, near Goreme in Cappadocia in 2011. 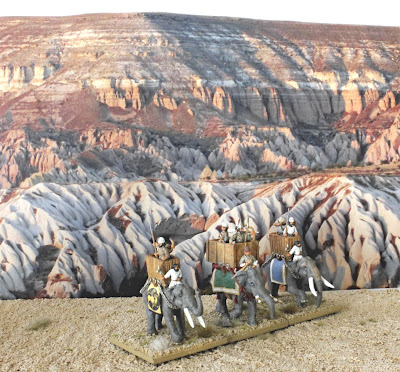 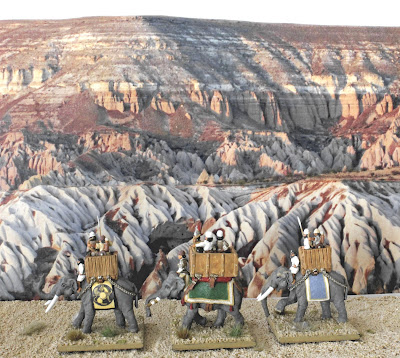 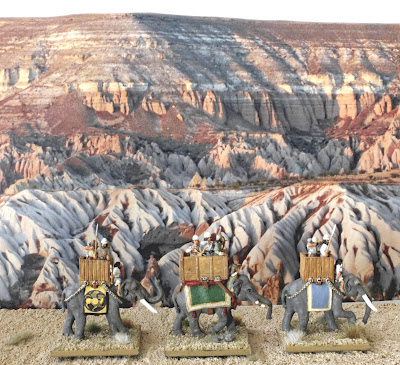 Yesterday afternoon out in the shed, I played a solo Chariots Rampant game with Sea People versus New Kingdom Egyptians. This is the first game I've played out in the shed since our home renovations were finished. Both sides had 48 point forces and the scenario was the usual Bloodbath one, with Sea People raiders trying to capture a village while the Egyptians defended it. The game was a lot of fun and proved to be level pegging most of the way. The Egyptian leader was killed by lucky blows and a few turns later the same fate befell the Sea People leader. In the end it was a bloody draw with both sides suffering heavy casualties. 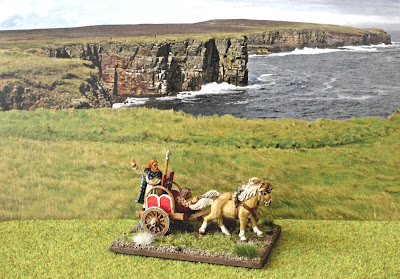 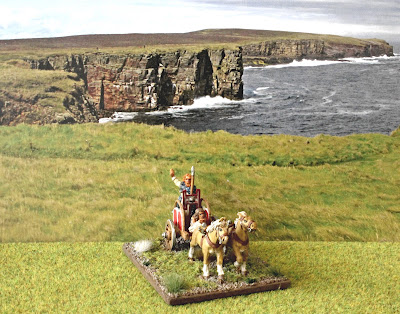 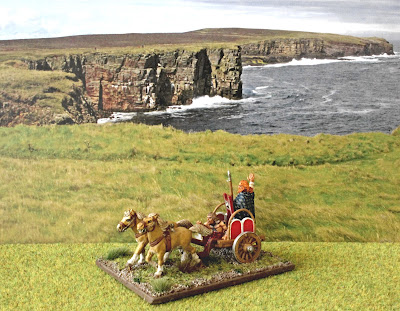 Here are a Pict chariot and some Pict cavalry that I've just finished painting. The chariot and crew are Foundry and the cavalry are 1st Corps, all with LBM shield transfers. Most of my Picts are Foundry and Gripping Beast. Obviously painting the plaid is slow and time consuming, so the next unit make take some time! 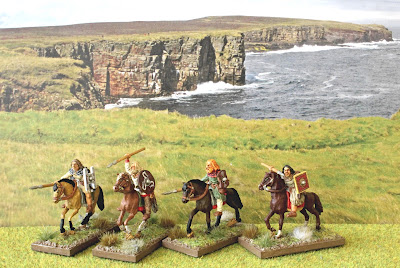 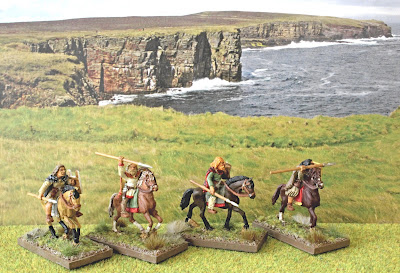 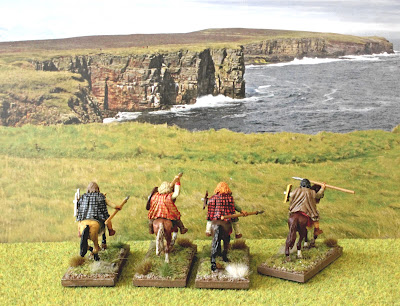 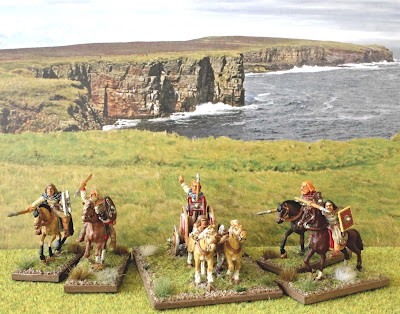 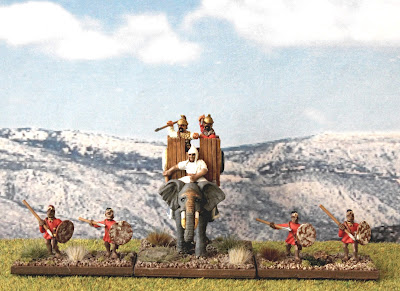 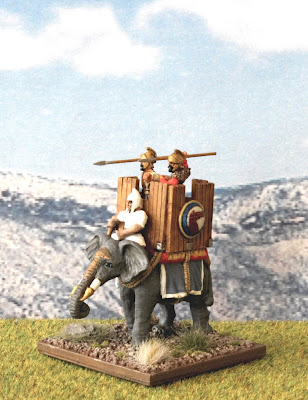 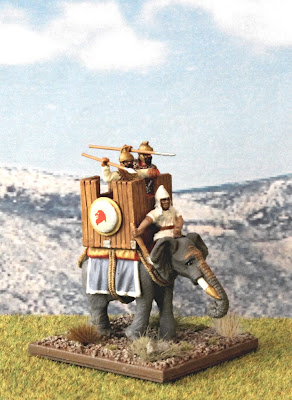 Here are a Carthaginian elephant and crew by Xyston Miniatures and some Libyan javelinmen by Corvus Belli, that I've just finished painting. These are the start of a Later Carthaginian DBA army.

It has been a grim start to the New Year here with catastrophic bush fires along the coast of NSW and Victoria. There has has been significant loss of life and property and there has been almost constant smoke from the fires here in Canberra over the last four weeks with many roads and areas closed. Here's hoping for better and cooler weather over the summer! 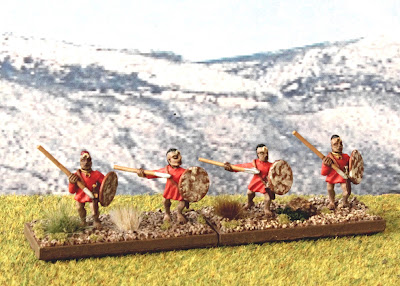 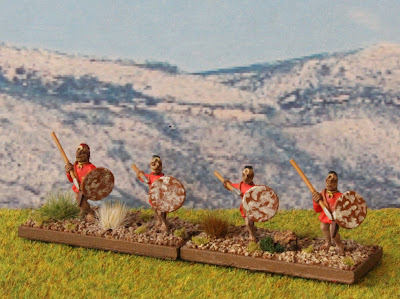