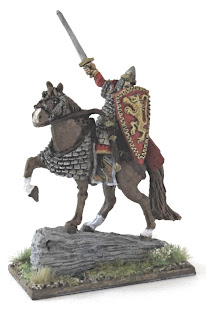 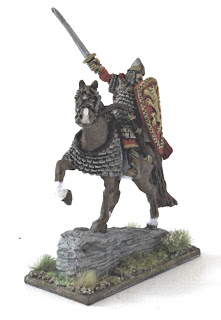 Here is a Fireforge Games resin Alexander Nevsky figure that I've just finished painting. I have a small force of Medieval Russians that I originally collected for Lion Rampant, they're all Fireforge figures, most are resin, but there is one plastic box of Russian infantry. During the week I got my copy of the new Lion Rampant: Crusader States supplement which looks really interesting and includes a brief history of the Crusader States 1097-1291, new upgrades to the rules, 12 army lists and 12 detailed scenarios. I've certainly had lot of fun with these rules over the years and look forward to trying out some of the army lists and scenarios. 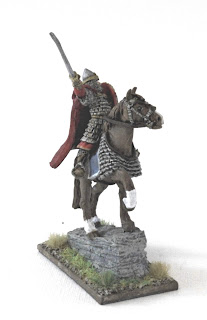 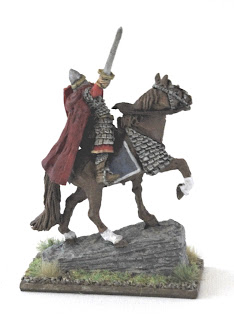 Battle of Cannae 216 BC - Command and Colors Ancients

Last Tuesday afternoon Rick came over to my place with his 6mm armies and we played a Command and Colors Ancients (CCA) game out in the shed. The scenario was the Battle of Cannae, we diced for sides and I got the Romans. The single base of figures on the five inch hexes looked a bit strange, but Rick didn't quite have enough figures to double the unit sizes which would have looked a lot better.

This was a very quick and one sided game with most of the action taking place on the two flanks. The Spanish and Gallic cavalry under Hasdrubal were particularly effective and really hammered the Roman Hastati. Rick's dice rolling was on fire and he wiped out entire units with four hits on at least three occasions. No surprises then that Carthaginians scored a massive victory with 7-2 victory points. 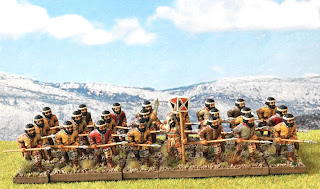 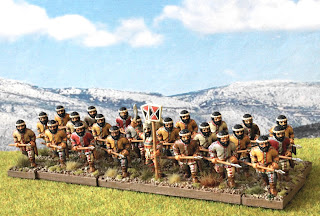 Here are some East Iranian infantry for my Early Persian army that I've finally finished painting. This unit is based on the illustration in Duncan Head's The Achaemenid Persian Army book. They are all Newline Designs figures. Painting the banding on the tunics and trousers of these was very time consuming and fiddly, to say the least, I'm glad I've finally finished! However it is all good practice as I'm working on some Immortals in campaign dress which will be even difficult. I find at best all I can do is an approximation of the tunic and trouser designs at this scale, it does seem worth it once you've finished but is a real exercise in patience and persistence while you're painting and hard on old eyes. 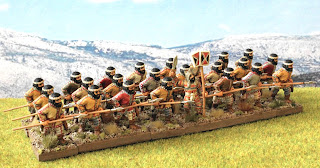 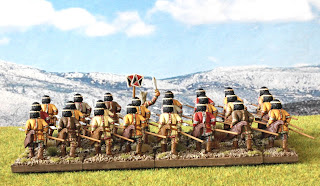 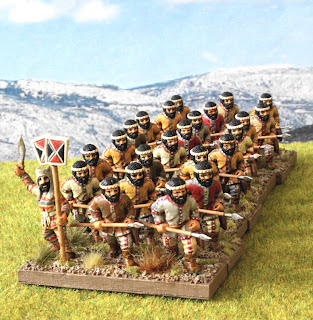 Last Monday afternoon out in the shed I played a solo Pacto sized Mortem et Gloriam game with the Early Carthaginians taking on the Syracusans in Sicily. The armies deployed on a plain and advanced apart from some Syracusan laggards in the centre. The Syracusan cavalry and Gallic mercenaries charged on their right flank and routed the Carthaginian chariots. In the centre the Carthaginian infantry charged and after rounds of charge and melee combat a gap appeared in the Syracusan lines. At this stage the game appeared to evenly poised and the fighting continued with the wounding and death of a few commanders on both sides. However a rolling Kill a Base test saw the entire Syracusan centre collapse in dramatic fashion. Punic perfidy, or more accurately luck, had won the day! 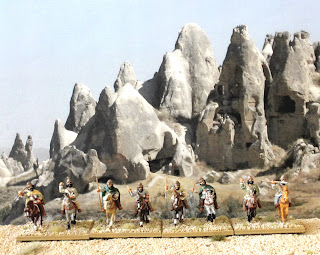 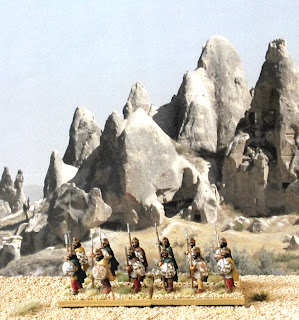 Here are some 15mm Ariathid Cappadocians that I've just finished painting, the start of another army for MeG. The figures are all by Xyston Miniatures. The back drop photo was taken near the town of Goreme in Cappadocia, on our trip to Turkey in 2011. It's an amazing looking landscape, there are dwellings carved in the rock everywhere there. 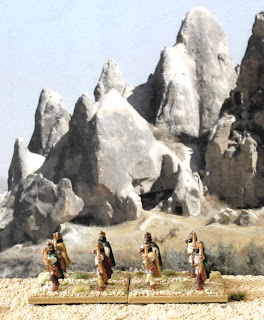 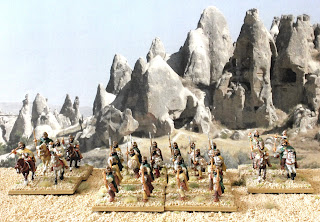 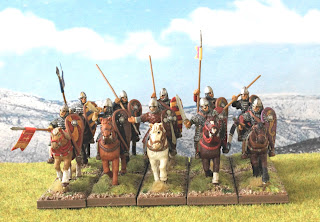 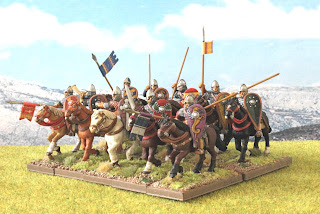 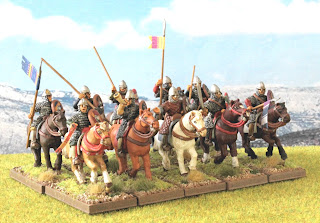 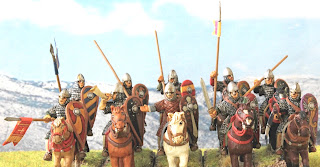 Above are some Norman Milites that I've just finished painting. They are all Crusader Miniatures figures and include a Bishop Odo command figure in the centre of the unit. The shield transfers and lance pennants are by LBM.

Yesterday afternoon we had some visitors in the back yard, these yellow-tailed black cockatoos. They actually came back again this afternoon. You sometimes see large numbers of them hanging around pine trees, they go for the pine cones. 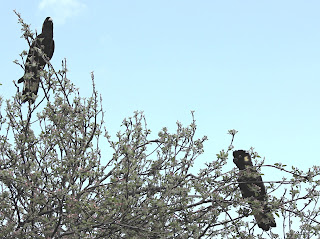 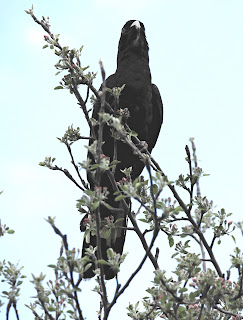 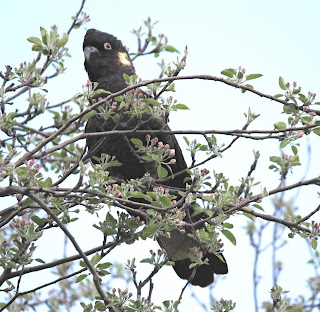 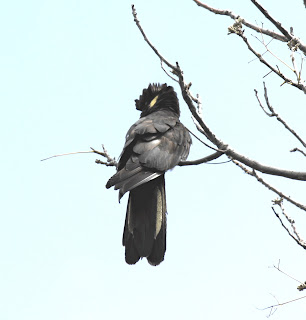 War of the Roses Billmen 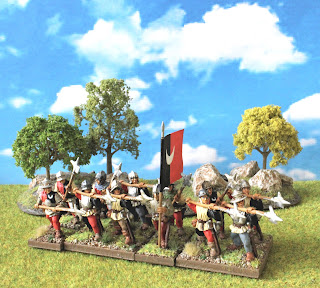 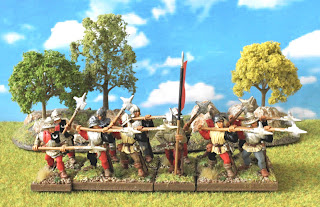 Here are some War of the Roses Billmen that I've just finished painting. They all Front Rank figures and are from the retinue of Henry Percy, the Earl of Northumberland. 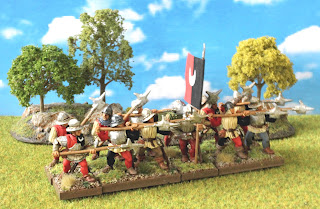 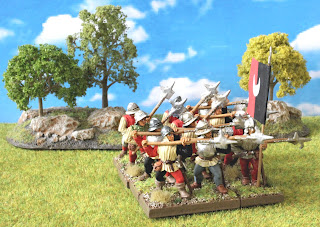