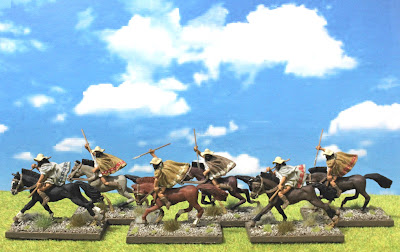 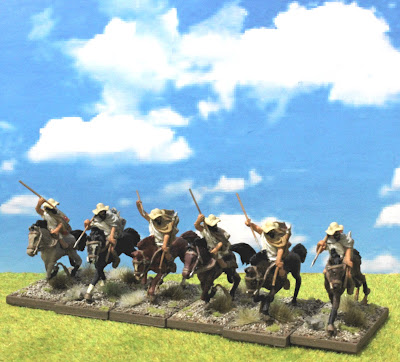 Here are some Thessalian Light Cavalry. These are Warlord Games figures that were originally by Immortal Miniatures. Thessaly was well known for its cavalry. 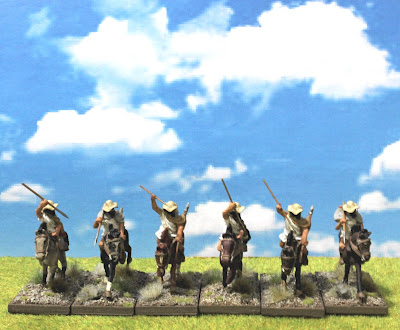 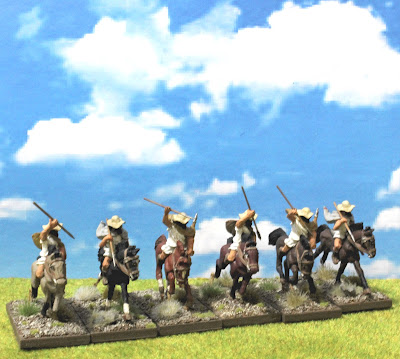 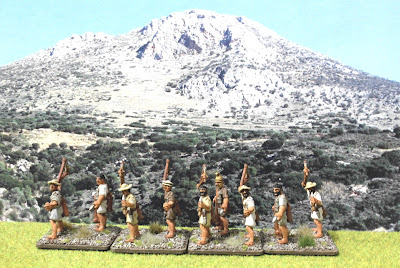 Well it's been very quiet on the gaming and painting front lately, two bouts of 'flu have seen me sidelined for most of the month. I have finished these Macedonian slingers armed with kestros or kestrospendone which were missiles briefly used by the Macedonians under Perseus. These missiles had a spear head attached to a wooden shaft with wooden flights and were shot from a sling with two thongs of unequal length. Xyston make some in 15mm. These 28mm figures were on a kickstarter a few years ago and at the same time I got some gastraphetes, Syracusan belly bowmen.


There are two new ancient skirmish rules coming out soon which looking interesting and may almost atone for the other disappointing sets which have been published this year. Clash of Spears will be released next month and the Too Fat Lardies' Disciplina et Virtus will probably be released next year, maybe in time for Salute? 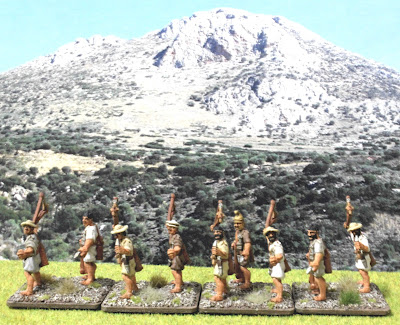