Last Friday afternoon Garry came over to my place and we played an Early Carthaginian versus Syracusan Mortem et Gloriam (MeG) game out in the shed. It was a Magna sized game of 7000 points a side and we both actually had a hard time fitting all the troops on the 6 x 4 foot gaming mat. In future we will probably use the full length and breadth of my rickety old table tennis with a 9 x 5 foot mat.

The Carthaginians were the attackers and wasted no time in advancing and the Syracusans did like wise. An early charge by the Syracusan light cavalry saw the Numidians evade. The entire Carthaginian line then charged into the Syracusans. The Syracusan Campanian cavalry were routed and casualties started to mount on both sides with gaps appearing in the lines. In the end we ran out of time again and the game was a draw but a result didn't feel that far off.

Here are a few Carthaginian reinforcements I painted up this week and used in the game. The chariot, crew and horses are by Newline Designs with an Agema Miniatures spearmen that I couldn't fit in the Agema chariot I painted earlier in the year. The Libyan spearmen are by A&A Miniatures and Gripping Beast with a back rank of previously painted Victrix figures. The Carthaginian citizen spearmen are all Victrix figures with a new front rank. 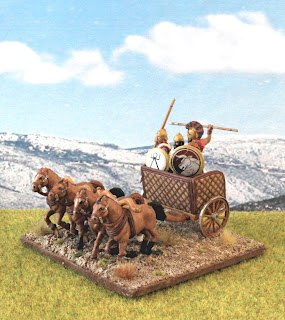 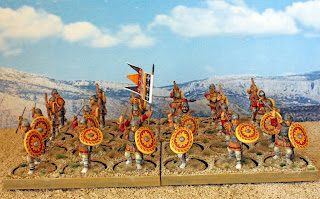 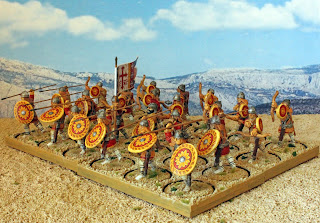 Here's another post from the archives, these are Nikephorian Byzantine Skutatoi with rear ranks of supporting archers. These were initially based for Saga, hence the round bases, and are all Gripping Beast figures with LBM shield transfers and banner. I still haven't painted any of the cavalry for this army but have started on some of them and have others based and undercoated ready to go. 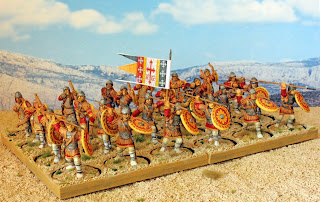 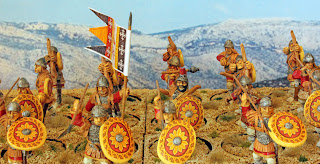 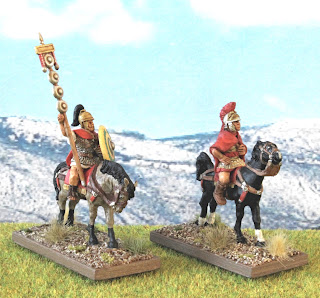 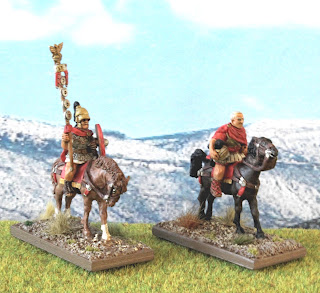 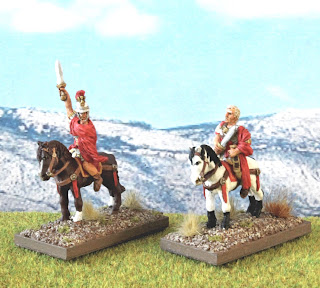 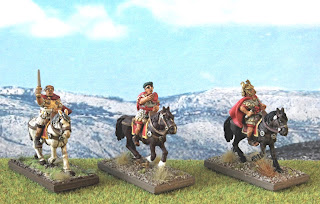 As mentioned in my last post this is the solo Coronea CCA game I played last Sunday afternoon. This was a much closer game and the Greeks enjoyed early success in the centre and were actually leading the game at one point 3-0. They were greatly hampered by poor cards, the double strength Thebans, the most resilient Greek unit, didn't actually fight in the whole game. In the end the Spartan right flank wiped out the entire Greek left flank to win a hard fought game 6-3 victory points.

Last Saturday afternoon I played a solo Command & Colors Ancients (CCA) game out in the shed. The scenario was from the Corinthian War, the Battle of Nemea 394 BC, with Greek allies taking on the Spartans and their allies. The game played out much as it did historically with the Spartans breaking through on their right flank, while the Greeks won on their right flank.

The Spartans had some very handy cards in their hand, including a double time and clash of shields card and used these to good effect to smash through the Greek left flank. While the Greeks won on their right flank, it was too little, too late and the Spartans and allies easily won the game 5-2 victory points. While I have the troops and table out I thought I'd play another battle from the Corinthian War, Coronea fought in the same year, so this will be up next.